Amid the growing number of women pilots and ground crew in the Indian Air Force, females of the forces are operating fighter aircraft and choppers extensively in the eastern sector over Arunachal Pradesh and Assam.

Indian Air Force officials in eastern command said that the female pilots and ground crew officers are deployed across the country and operate in all types of terrain from the world’s highest battlefield Siachen glacier sector to the easternmost landing ground in Vijaynagar in Arunachal Pradesh in support of troops and the local population.

India’s first Weapon System Operator of the Su-30 MKI fighter jet fleet Flight Lieutenant Tejaswi said, “We have had brilliant women who have broken the glass ceiling and paved a way for us to follow our dreams to serve the country.

Tejaswi added, “It is no longer a unique experience to have women in the fighter aircraft fleet. Everyone including men and women works and trains equally hard. We are on equal footing. In the skies and on the base, we are all first and foremost air warriors first and everything else comes after that,”.

The first time Indian Air Force allowed women in the fighter stream was when three females including Avni Chaturvedi and Bhawna Kanth were commissioned in the fighter stream. Later on, Kanth was the first one to fly a solo sortie in a MiG-21 while Shivangi Singh later became a pilot in the Rafale planes.

ALH Dhruv Mark 3 pilots Flight Lieutenants Ani Awasthi and A Nain regularly fly their ALH choppers over the Arunachal Pradesh sector over thick forests and close to the LAC.

An Eastern Command official said that these pilots are doing a great job and for us in the IAF, they are air warriors first who have to handle the machines well to perform the assigned tasks.

The Indian Air Force has more than 1300 female officers working in ground and air duties. The numbers are likely to go up further in view of the government policy to further promote ‘stree Shakti’ in the forces and the possibility of induction of women as airmen n the Agniveer scheme. The Ukrainian capital has been hit by at least four explosions, with a presidential adviser blaming Russian “kamikaz... 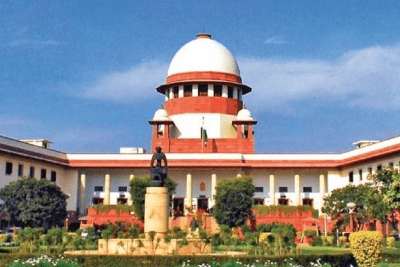 Can’t interfere in how to conduct ‘puja&...

The Supreme Court on Tuesday said the constitutional court can’t interfere in the day-to-day affairs of the temple, ...