On Friday, Delhi Chief Minister Arvind Kejriwal stated that pollution is not a problem in Delhi, but rather in North India, and urged the Centre to take specific steps to alleviate the situation.

Kejriwal also stated that the Delhi government is debating whether to implement the odd-even vehicle scheme. He went on to say that primary schools in Delhi will be closed starting Saturday until the pollution situation in the city improves.

The Delhi CM’s remarks come after the national capital reported’severe’ air quality for the second day in a row.

During a joint press conference with Punjab Chief Minister Bhagwant Mann, Kejriwal accepted responsibility for the stubble burning in Punjab, saying that now is not the time to play the blame game or play politics with such a sensitive issue.

Kejriwal said, “Pollution is a problem not only in Delhi, but throughout Northern India.” The Centre must come forward and take specific steps to relieve pollution throughout North India. North India suffers from air pollution. The AAP, the Delhi government, and the Punjab government are not solely to blame. Now is not the time to assign blame. Politics should not be played over such a sensitive issue. “I admit that stubble is being burned in Punjab”.

Kejriwal expressed hope that fewer incidents of stubble burning would be reported in Punjab by next year and stated that steps are being taken in that direction.

“Farmers are not to blame,” he stated. They are looking for a solution. They will stop burning stubble the day they find a solution. If there is stubble burning in Punjab, it is the fault of our government. We accept responsibility. We have only been in government for six months, which is a very short time. The Punjab government has already taken action. I’m hoping that the number of stubble-burning incidents will be much lower by next year.”

“We’re also considering whether to implement the odd-even scheme for vehicles,” Kejriwal added.

Delhi CM said, “We’re doing everything we can to control the pollution.” In lieu of that, we are closing all primary schools in Delhi beginning tomorrow… “We are also suspending outdoor activities for all classes above class 5”. 550 Monkeypox cases were reported in 30 countries

Nagpur: Over 550 cases of the monkeypox virus have been reported from 30 countries as per The World Health Organisation (W... 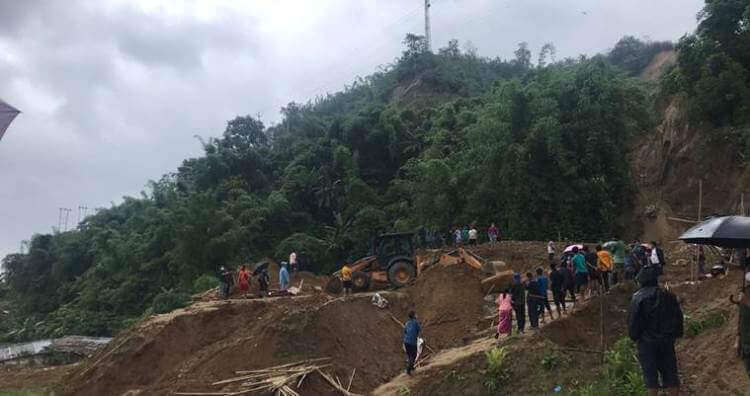 Death toll due to landslides in Arunachal rises to e...

Nagpur: The death toll due to landslides in Arunachal Pradesh increased to eight after the body of a woman who went missin... Nagpur: India has contributed USD 500,000 to the UN Women, the United Nations agency for gender equality and women empower...